Well reader, it's me again! I'm coming back from my first international business trip to Lille. What do you mean, "it's not international if you stay in France" ? What do you mean "we don't give a rat's ass"? Have you been watching Craig Ferguson again, reader? Oh no, wait. That's me. Guess I'm talking to myself again...
Anyway. First mission complete, it was really nice and interesting and I love my job. Did I tell you already? Well, I do, anyways. And while going to Lille (and coming back from Lille, which included missing my stupid train because of my stupid alarm clock and waiting for three hours at the stupid Lille train station in a stupid café and having to pay for my stupid ticket twice) I watched videos on my laptop (which I had probably brought with me because a part of me just knew I could not catch a train before 7 a.m.) 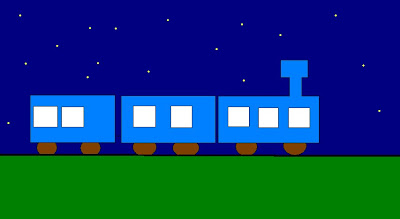 And I will never, ever understand why shows like Smallville manage to stay on air for years on end, and shows like Dollhouse and Firefly get cancelled in a jiffy. Bad ratings. For DOLLHOUSE! It's great! It's fantastic! It's moving, it's original, it's funny, it's sad and I love it. I hope it's going to keep things up until the end, which I know to be near. So here's to Joss Whedon, and I hope he keeps up the good work for years to come, even if it's just one season at a time.

But let us not be bitter, and let me tell you more about Ashes to Ashes (nothing whatsoever to do with Joss Whadon there. It's an English show). It's a Life on Mars spin-off. Or a follow-up, I don't quite know which, but it's really good in any case. It's the story of a single mother who gets shot in the head (things are starting out great for her...) and who is sent back in time to 1981. She doesn't know if she's dreaming or if it's some kind of paranormal time travelling thing, but in any case, she knows for a fact that she's one second away from death in her real life, and she still wants to get back to her daughter.

You might or might not enjoy the main character being a little too hysterical for my taste, (even though she plays really well), but not liking Gene Hunt (who is about as unlikable as they get, since he is racist, homophobic, bitter and rude) is a real challenge. I don't know what it is with English series these days, but between Dr Who, Life on Mars and this one, I just can't wait for the next one to come up.


Anyway. I guess this is all for today. I hope you are well, and I hope you managed to follow. Next time, I promise, less brackets and more interesting stuff. I know I can do it.

PS: We do have TGVs in France. The steam train thing is just because my TGV just looked like a weird rectangle.
Publié par Claire à 05:32 2 commentaires: