I just can't believe I finally found a good reason to put this as a title here. Anyway. Yeah, cause "I'm bad". You'll understand in a minute. But first, a big question, adressed mostly to my sister F: What does Michael Jackson say, in Bad, that sounds like "shamoo, shamoo"? Anyone?
Ok, now for the actual post : Today, my top 5 favourite actors who look perfectly evil without even trying.

1. Rufus Sewell. This whole post is actually just an excuse to write something about Rufus Sewell. He looks evil, he squints a little (or maybe one of his eyes is bigger than the other, I can't decide), and he's got green eyes and curly black hair. I want green eyes and curly black hair on the 7 feet tall and cape-wearing, curry-eating man I ordered for Christmas. Write that down, Santa! Rufus Sewell played in A Knight's Tale, which is one of my favourite comedies ever (featuring Paul Bettany. Crap. Paul Bettany's got no curly black hair, and blue eyes. Whatever, Santa. Take your pick.) 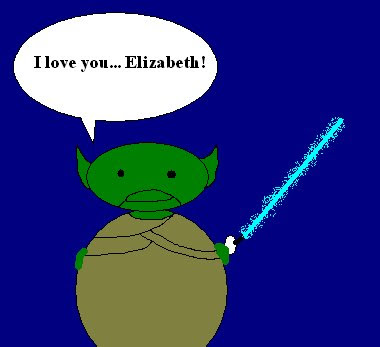 He also played in Dark City, where there is one of those scenes (oooh, I just found the theme of my next post!)... One of those scenes that make you shiver just thinking about it. Oddly enough, it involves another black-haired and green-eyed creature, who is, incidentaly, the wife of aforementionned Paul Bettany. This first paragraph is getting sooooo long... :D Well. Rufus Sewell.

2. Alan Rickman. I saw him first in Robin Hood when I was 8, and he said something to the effect of "I'm going to tear your heart out with a teaspoon ("why with a teaspoon ?") because the less sharp, the more painful". And then I saw him in Sense and Sensibility. Like Rufus Sewell, I saw him both as a nice and as a totally evil character, and loved him in both cases. Wait... Am I talking about Rufus Sewell again ?

4. Thomas Gumpert. Yeah, I also did not know the name until 30 seconds ago (thanks, IMDb), and you probably don't know the face. He's the guy who plays the villain in a stupid German telenovela I'm watching at the moment in order not to forget my German during the holidays (Ok, also because I really want to know the ending, and also because I'm slightly addicted. But the actors are actually very good, unlike the scenario which is as lame as they get).

Thomas Gumpert, then, who plays an evil German (how original). He looks very much like the stereotypical Nazi, I must say, with icy-blue eyes and he's kind of freaky (also he speaks German, which sends shivers down my spine). Yet he is so caricatural that he cracks me up. He smiles an evil smile, and you can see that the actor is actually having fun (or at least I like to believe he is). I'd like to meet him in person, I'm sure he's great fun. I can't see his evil smile without smirking too. And now I can't even see his face without smirking.

5. Paul Bettany. Comes 5th because he doesn't actually look evil without even trying, he just plays evil guys very often. But I love him in anything (except of course for Dogville (akh, bakh) and Firewall (ukh bukh) for very different reasons. And some other things were bad too. But I still love him). And he can look absolutely terrifying. Have you seen Gangster Nb 1, Reader ? He laughs and bares his fangs in an elevator, and the picture is burnt in my retinas. Very, very frightening.

Anyway. This is it for today's top 5 (I have no time left, lunch-break is nearly over). I am sorry for the lack of ethnic diversity in this post. I tried thinking of a black or asian evil looking actor whom I really love, and could not find any. The only asian actor I could think about was Takeshi Kaneshiro, and he's not evil at all. In the last movie I saw him in, which was quite good, he was cast as a wise military genius/zen master. About as believable as Orlando Bloom as Yoda. But hell... any role will make me happy... Have a nice day, reader !!

First of all, let me wish a happy happy birthday to my brother P! Happy birthday P! Hope you have a really nice day!

Now to today's post: I have been to the movies recently to see "The Boat that Rocked" (called "Good Morning England" in the French version, God knows why...) and I liked it a lot, and it made me think about how great soundtracks can be, in movies. A few days before, I had watched Star Wars episode 4 with my mother (4, 5, 6, let me say it once more, the only Star Wars episodes worth watching) and it had reminded me how important soundtracks can be, in movies.

So here you are, my top 5 soundtracks (musicals excluded, because that's cheating, and I've done it already anyway...)

In order to keep me sane, please do refer to the Top 5 rules in the right-hand part of this blog!

2. Star Wars. It's mythic and great, and I like that low, humming noise you get when Vador walks in, and I like the main theme, and just listening to the music at the beginning, with the text fading away in the starry sky, makes me feel like I'm 5 all over again. These movies, reader... I don't care what happens with the franchise now. These movies are just great. 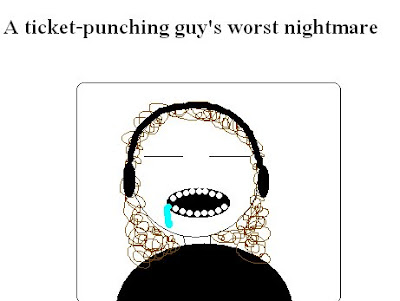 3. Pride and Prejudice. This is the one I like to pretend I'm a 19th century English lady to. Especially on the train to Brussels. Going all "my is that couch slow" and batting my eyelids at my reflection in the window, pretending Mr Darcy is sitting in the seat in front of me. Of course, that's just before I fall asleep, start drooling on the seat and can only be woken up by the ticket punching guy after the third time he's called me and tapped on my shoulder. Less ladylike, but very entertaining for all the other people in the wagon.

4. O Brother Where Art Thou. This is not very original, I know, and the movie is actually not that great, but the soundtrack is just brilliant. I don't think I'll ever get sick of these Alison Krauss songs. I don't think I'll ever get sick of any of that soundtrack. Only problem is, I can't listen to it on public transportation, because I can't help but sing along, and there's only so much my dignity can take. Drooling and snoring is OK, singing is a no-no.

5. Slumdog Millionnaire. Not very original either, but really, really, those M.I.A. songs? That great, great one with the gun-noises? And listening to a song that goes "some I murder, some I let go" on the Parisian subway is also quite satisfying, I must say. It is possible that I have a murderous light in my eyes while doing so, but then again, I pretty much always have a murderous light in my eyes in the Parisian subway, so it's not too embarrassing. Pretty much everyone does. Thank you to my sister F, by the way, who both gave me the CD as a present and pointed out to me what the singer was saying. I thought it was "sam sam sama sama mah dah". Now my life has changed.

These, readers, are the words of a stoopid French song. They mean "she's in my head and she never forsakes me". It's exactly what happened to me with the stupid song, which is now constantly playing in my head, and driving me crazy. Call me Jukebox-girl.
Anyway, I'm not here to complain about the radio (yet), but to say hi, because I have not been writing in a terribly long time. I've been sitting the Big Oral Exam From Hell, which I passed (yay!), and then going to Cracow in Poland on an internship (yay again!).

The internwhip was great, except we interpreted for a guy for 4 hours, and he then proceeded to tell us that he had actually understood the original version all along, and we needn't have bothered, with the happiest grin I had seen in quite a long time. But it was a nice experience anyway, and we would just have sat there and been bored if he had told us he didn't need us any sooner, so no big deal.

I then moved back to France, and slept for 10 days straight, which was nice indeed, and now I am in Paris, working, which is nice too. It's sunny here, and also I'll get paid at the end of the month (yay!) and I have a little time to blog on my lunchbreak, which is nice too. 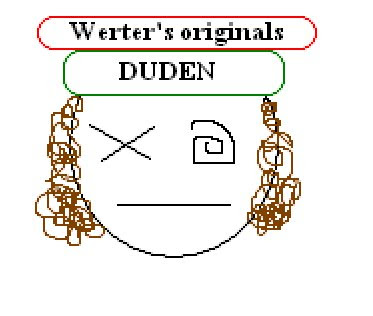 Of course, it would be a good idea to work on my thesis and/or on my German (which I'll have to sit again in Spetember... could someone please do something for my grammar?) during my lunchbreak instead of coming here and telling you all about my rivetting life, only you know me... besides, my fingers are all sticky because of the soy sauce that came with the japanese meal we ordered for lunch, so you'll understand that I can't possibly write anything serious with sticky fingers. (Just kidding, IT guy who probably reads my blog like 15 milion other readers at least, of course, I washed my hands thoroughly and never eat anywhere near my keyboard).

Well, I'll have to run, now, I just wanted to say that I was still pretty much alive and give you some news, before writing something more interesting and focused some time soon, I promise. Have a nice day in the meantime !!
Publié par Claire à 04:21 6 commentaires: