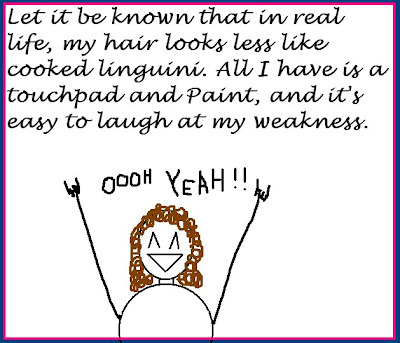 Lo reader !
I have not written in quite a long time (how many of these posts start with that same sentence, I wonder...) but I was quite busy. I ACTUALLY was quite busy, for once, since I finished my final paper from hell (though I had a lot of trouble with La Poste, and let it be known right here that I really, really don't like them. *insert something rude*). Anyway, between two nervous breakdown, I still found time to go to a festival in my hometown, Colmar, and see plenty of concerts, which was absolutely great. Great, great, great.
Here it is, then, the top 5 concerts I saw at the Foire aux Vins this year. Top 5 rules apply (I saw only 6 concerts, and I'll spare you the BB Brunes, which is a French pop group and which I don't like very much. At all. And there are not enough numbers in 5 to make room for Superbus either, which is another French group, and which was nice and all, but not really my cup of tea.)
Well.... here goes!
1. Cocoon. First group I saw this year. It's a French group, but it's in English, and their songs are all soft and pretty. They were very nice and funny, and the perfect way to start the whole series. Do listen to their songs, and maybe look at their videos too, they're really nice and put you in a great mood!
2. The Do. They are kind of French too, I believe, though they sing in English, and they are at least part Finnish. Well, let's say they're European. They absolutely did not sound like what I expected, and I liked them very much all the same.
3. Charlie Winston. Might well be the best concert I ever saw. It's definitely in the top 2, anyway. (I feel very sorry for my sister M who was not with us, but if he ever comes to Brussels where she lives, I'm in!). I was in love when I got out. I don't quite know with whom, but I sure was. He started the concert, then his brother joined him (Tom Baxter, apparently well known in the UK, and very very good at playing the guitar and being awesome), then at the very end people from Cocoon and the Do as well as his brother joined him on stage and it was really, really cool.
In case you don't know about Charlie Winston, his album's called Hobo, it's just brilliant and it makes you feel happy. Do listen to it, and tell me what you think. Especially... Well, especially all of them, but more particularly 'Tongue Tied" and "Every Step".

4. Amy Macdonald. I don't know if I ever told you about Amy Macdonald before, but I bought her album about a year ago after seeing her 2 minutes on a French TV show. I just love her voice and her lyrics are nice and it's folk music, which is, I believe, my favourite kind. She's from Scotland, and no one in the whole room could understand a word she was saying when she spoke to us, but the concert was still brilliant, and I wish I could go back and hear it again right this evening. Thank you so much, V for inviting me!! And if you don't know Amy Macdonald, I would say... listen to.... "Barrowland Ballroom", and "Let's Start a Band".

5. The Babyshambles. We waited for one hour, and were quite convinced that they wouldn't come, since Pete Doherty had had legal troubles, but they were very much here in the end. I did not know their songs, and I don't even know why I took the ticket in the first place, since I did not know the music and was firmly convinced that they would actually not come, but I don't regret going for a minute.
The atmosphere was incredible (really), and the music was great, and their rendition of Twist and Shout was just... well. We all twisted, we all shouted, and we had a great, great time. I felt a little bad though, because... well, I know it sounds silly and probably patronizing and all, but it made me a little sad being so happy and seeing that man on the stage being so not well. Made me think of that song by the Flogging Molly that goes:

"Well it breaks my heart to see you this way
the beauty in life where's it gone?
Somebody told me you were doing OK,
somehow I guess they were wrong"

But. It was a great concert, and I loved every minute of it.
Altogether, it was a great, great festival, and I really want to go again next year and see as many concerts as I can. There really is nothing like live music with cool people around you, in my opinion. And then you can go have a dring and talk about the coolest bands you saw and all, and it's still great memories years after. What was the coolest band you ever saw? I need to know! I need to know who I have to see next year!
Publié par Claire à 05:10 3 commentaires:

Hi Reader !!
Here's a new top 5 ! A new Top 5 inspired from my sister F's Blog a few weeks back. The Top 5 Things I love even though I'm terribly ashamed to admit it. It's such a brilliant top 5 idea. And yes, there are things that I am STILL ashamed to admit, even though I already told you so many shameful stuff. Let it be known that I still hesistate here, line 5 of this post. Maybe I'll just give up and not publish this message. But let us be brave and write on. Nobody reads this anyway. And those who actually do probably know I have to be ashamed of a lot of stuff. Bollywood, musicals, my multiple crushes on nine tenth of hollywood actors (notwithstanding Orlando Bloom), my hopeless love of Dr Who... Aaaaah, so many things I should be ashamed of, and stand up for, against all odds... (whatever...)
Well, enough procrastination, here comes the actual top 5.
1. Rrrrrrrrrghhhhhhaaaaaaaacan't say it ! Can't say it !! Thhhhhhe Twiiiilight-----(Ok, ok, no one knows my actual name. No one is interested anyway. Go on ! Go on ! Breathe ! It's easier if you say it fast...) Hhhhhh... hhhhhh.... THE TWILIGHT SAGA. Feels better now it's out.
Yes. The Twilight saga. I read the four books in two weeks, stayed up all night to know the ending, and found it great. I liked it, I liked it, and I firmly intend to go ahead a read them again some time soon. Also I went to the cinema, and saw the movie, and will go ahead and pay for my ticket to watch the second one, might even watch it twice and pay both times. And even though I laughed at the sutpid joke that goes "what do you get when you cross a disco ball with a douchebag" and the answer was Edward Cullen (yeah, cause in Twilight, vampires glitter. I also laughed when I found out...) I still must admit it. I liked the books very much.
2. English-old-lady style dresses. Put a dress with tiny pink flowers on it in any clothes shop, you can be sure that I will take a fancy to it. If given the choice, I would probably look like an English Gran all the time. Probably comes from all those Jane Austen books I read. By the way, have you seen "The Young Victoria" ? If you have not, you should, it was pretty good, and they had great dresses. It made me giggly (especially Sir John. Go, see The Young Victoria, and giggle at Sir John for me. His life is crap, he hates everyone, and he kicks the furniture around. I thought he was swell). I would like to see it again, actually. And Paul Bettany's in it. What a great, great link to point 3... 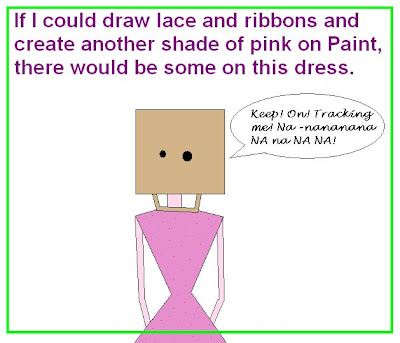 3. Well, I must admit, my kind of man. Tall, blond, blue-eyed. This is, I must say, quite shameful. And very unoriginal. But well. Here it is.

4. My willingness to see anything that's a musical. Even if it's French. Even if it's Le Roi Soleil and I bought the CD. Oh, no, no, no, this is never going to be published on my blog for all to read. Le Roi Soleil, yes, I must admit. This is sooo less cool than secretly being a gothic punk fan and listening to Hard Kaur, F, if you hear me... But well, I liked it. I still kind of do ("Je fais de twaaah mon essentieeeellle..."). Still recovering.

5. Oh so many songs and groups and music styles that I KNOW are not particularly clever but still love to listen to, very loudly, in my MP3 player while I brush my teeth. Rihanna, Britney Spears, the Sugababes (oh my...), and the Spice Girls, and also, even, too, Billy Crawford). There. I said it. I wrote "I love to listen to Billy Crawford" on my blog.

Help me ! Tell me what you love and are ashamed of before I wilt and die !! Help me, Obi Wan Kenobi. You are my only hope.
Publié par Claire à 08:04 8 commentaires: