Well, I figured I might as well talk about my top 5 favourite male characters. It's going to be much much tougher. It's going to be terrible, I guess. Even worse than the 5 female character's I'd most like to be. Once more, I feel like I have to make excuses, so I'll just say it again: It's not classified in any kind of order, and it's just today's top 5, it's incomplete and some people who are not on it might very well turn out to deserve to be in it much more than those who actually are.
Well, I guess I'd better just shoot instead of being terribly boring. 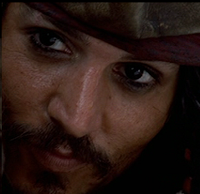 2. OK, so I'll start grouping people up, because otherwise I'm never ever going to make it. In the same bag, right here, I'll put Spike, (Buffy's Spike), because he's incredibly funny and carries the whole last season on his shoulders as well as many an episode with Riley the Endive in it. (Endive = Chiccory, by the way, I just checked that up in the dictionnary). He's English, too, by the way, and he's got a nice voice. Next in point two comes Malcolm Reynolds. It's in point two as well because it's a Joss Whedon Character. And next in point two (again) comes Han Solo, because I like him for the same reasons as Malcolm Reynolds, and I wouldn't want to have written them twice: they are strong and stubborn and more or less reliable, only you know they are when it really matters, and they are classy and fun, and

they are at war with their respective beloved, (a Princess with LONG LONG HAIR for one, and a prostitute for the other) only everyone knows they love each other. In the end, I'm sure they'd have ended up together, in Firefly, if only Fox had given them time enough to get back together.

3. (I guess I'd better stop cheating... but then again...) Rohit, in Kal Ho Naa Ho. Rohit is in love with Naina, only she's in love with someone else. And he's incredibly generous and kind about it. Besid

es, he's fun, as well. Fun really is important. And he's got a nice smile, and he's doing that weird thing with his legs while dancing the disco, which really amazes me. OK, so I guess I'd put Colonel Brandon in there as well, because they are both unlucky in love, and very generous about it. Colonel Brandon comes from Sense and Sensibility. He's in love with Marianne Dashwood, only she's unhappy in love with Willoughby, who's a terrible, terrible person. I guess Colonel Brandon also has my vote because he's played in the movie by Alan Rickman, who is a great actor, with an incredible voice, and said he wanted to tear Robin Hood's heart out with a teaspoon in another movie. I doubt that he can do that weird thing with his legs while dancing the disco, though, but then again, I'm not even sure I'd want to see him try... 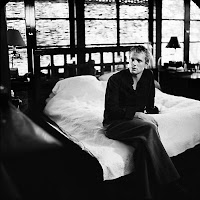 nt, the height (Taller than me!!) the class and the backside... ) and Dr Who. I don't know, they both look like overgrown asparaguses (asparaguss? apsaragus? asparaguzs?), and one of them has got eyeballs twice the normal size, but I'll say it again, would David Tennant ever care to come knock on my door and ask me if I'd travel to the past with him, I'd say yes immediately. I think. Not to mention Paul Bettany. I'd probably do a little dance first (which might make him run away even before hearing my answer).

5. Inigo Montoya. From the Princess Bride. He's just brilliant. You want him to win so badly really. It doesn't happen too often, mostly revenge doesn't seem to me as a very valuable cause, but Inigo... I don't know. Maybe it's because of his cool speach, might explain it. "Hello, my name is Inigo Montoya, you killed my father, prepare to die". Clear and concise, explains it all... I give him a vote too.

Now I hope Dr House never comes on this blog, nor Moulin Rouge's Christian and Much Ado About Nothing's Benedick, nor the Dead Poet's Society's Captain, nor Neo... ugh... I'm going straight to hell for being a terrible ungrateful person.