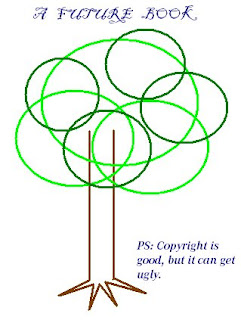 Another questionnaire about books !

1 - What do you remember about learning to read ?
I remember my dad asking me to read signposts and ads.
I remember waking up my mum when she was sleeping one day and asking her to tell me how to spell "crocodile". She was not exactly overjoyed.

2 - Your favourite books, as a child ?
Homecoming. No hesitation. Not even for a second.

3 - Do you like reading out loud ?
I sometimes whisper when I read, especially in German. I hope it helps my pronunciation. But I don't think it does, really.

4 - Your favourite fairy tale ?
"Le Diable Ricouquin", but only if my sister F reads it. With her BIG VOICE when the devil is speaking. (O.ô + gggRRRAAARRRGgg = F), (^_^+ hysterical giggles = me)

5 - Best adaptation of a book or play ?
Crap, I can't answer that ! That would take a whole top 5 ! I must mention "The Princess Bride" and also "Sense and Sensibility" though. For Inigo Montoya and Hugh Grant dressed as a a penguin.

6 - Do you learn some poems, lines, extracts by heart?
Never, I hate it. Except maybe when bits stay stuck in my head, like "he would not rue his bloody blunder more than I now rue mine" (Jane Eyre) or
"-Surrender!
-Death First!" (The Princess Bride, at its coolest)
or "But break, my heart, for I must hold my tongue" (Hamlet). I think that's the most beautiful line ever written, by the way. Makes me shiver, even out of context. So beautiful it is.

8 - Are you reading several books at the same time at the moment? How many? What books?
I am, sadly, not reading anything at the moment. Decided yesterday evening to give up on the book I was reading. Going to buy a new one as soon as I get out of work tonight.

9 - The poet you'll never get tired of reading over and over again?
Here. And also some song lyrics.

10 - The book you read the fastest? the slowest? (I know that's not English, by the way, I can only pray that you understand...)
The fastest... might be "Gone With the Wind". The one that took me very long... I guess might be Lord of the Rings, because there was an interval of, like, 6 years between the day I tried the beginning and the day I finished the third volume. Even though I liked it in the end, I must say Tom Bombadil kind of killed the thrill. It took Viggo Mortensen to get me interested again...

11 - Do you like paperbacks better than originals? Why?
Paperbacks of course. Lighter, easier to read and to transport, and paradoxically tougher. Also they hurt less. No hard corners.

13 - Physically, how do you read? Do you lie down, sit, stand up to read?
Mostly, either lying in my bed or sitting in a train/bus.

15 - Ever give books as a present?
Very very seldom. Happened twice, maybe. One of these persons did not like it, the other one never read the book (absolutely no hard feelings though). Not much incentive to give books.

18 - Any authors by whom you read all the books ? (Not English either... "Any author you read the complete works of"?)
I do not think so. Maybe Jane Austen, though I doubt it. Maybe the Bronte sisters? But only maybe. I tried to read all William Goldman books, but I failed, because I couldn't find them all.

19 - A book that made you laugh?
"I capture the Castle" by Dodie Smith

20 - A book that particularly moved you ?
Lassie (about the collie dog, yeah. By Eric Knight. Read it over and over again as a child.) I Capture the Castle. Jane Eyre. Sense and Sensibility. So many many moving books...

21 - The book that most terrified you ?
The beginning of "Dracula" by Bram Stoker. Couldn't turn the lights off. Then he lost me completely.

22 - The book that made you cry ?
I don't cry much when I read, except for "The Cider House Rules" by John Irving. Ooooh how I cried... I started at page 1 and did not stop until the end.

25 - Describe your library.
A big bunch of books, lying around in my room.

26 - The book you decided to get rid of in the end?
A german book, featuring gross sex scenes, and starring the son of Anastasia the Russian princess and a woman who could communicate with a tiger by the sheer power of her mind. Book For The Dimwits. The only one I ever got rid of.

27 - The most original place you read in?
I don't read in very original places, I must say... The train, I guess? Does "reading in a train" qualify as original? I hardly think so.

28 - What would you read or re-read if you had only three days left to live?
Homecoming. And Jane Eyre. And "A suitable Boy" by Vikram Seth, only it would take me more than three days. Maybe it would buy me time ?

29 - Your favourite art's book?
I don't really read art's books. There are some I like, though, at my grand-mother's place. Amazing books, weigh a ton each...

30 - The ideal library?
A really really big one like that of Dublin's trinity College I visited with my sister M. Books up to the ceiling. Only you'd add a huge huge armchair.

31 - The beginning that most struck you?
"I am writing this sitting in the kitchen sink" (I capture the castle). M pointed this one out to me. it is brilliant.