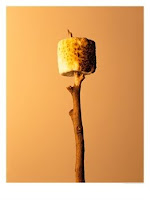 w computer, he's beautiful, he's glamorous, and after undergoing a weird voodoo ceremony orchestrated by the Orange-preistess, he's connected to the World Wide Web, the most beautiful invention since the toasting of humanity's vert first marshmallow. (Bernard's real name is Vostro, he actually comes from another planet, with state-of-the-art technologies, but where people don't have teeth and only communicate by making puking noises. He's so pretty that he really needed to escape his own planet, and I changed his identity so that he'd never have to go back.)
So here's a thank you post to all who contributed to the arrival of Bernie here on my desk, which include Vincent, Marion, Françoise, my parents, and my grand-parents. Here's a special word for Vincent, who tried very very hard to save Bernie's predecessor, without success. It seems she did not survive the many hours of blogging and series-watching she had 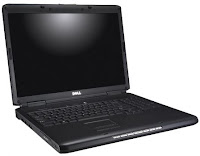 to endure while I was in Graz. Did I mention to you that I could use her as a microwave ? It got so hot sometimes that I could defrost bread with it. Anyway... Thank you for trying, and for helping with the choice of the newcomer, which is extremely cool.
Apart from that, there's nothing new, but this is already BIG news as far as my blogging career is concerned. I have to go now, because as usual, I should be working instead of writing posts, but this one really couldn't wait... So thanks again, to all concerned, and to you, reader, for reading this post until the end!
Have a really nice day!
Publié par Claire à 07:06