Dream a little dream of me...

I have spent the week end in Alsace with my friends and family, I did not sleep much, but I enjoyed it. Now I have some fresh ideas for my blog, parts of which I found in the train...

Don't mistake my puzzlement for ungratefulness, reader, but I thought about some strange particularities of the human brain, lately, which I would like to tell you more about.

First of all, pain. It's all very strange. I mean, our body doesn't usually do stuff which are not useful. But pain?? Why can't we tell our brain to stop aching? I mean, OK, I've been 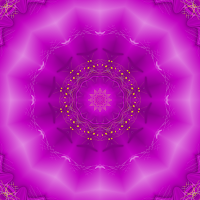 to science classes, just like everyone, but I still don't get it! Nerves, neurones and synapses are trying to make you aware that your body doesn't function propoerly, and it's a signal for you to do something about it, isn't that the idea? (The vicious way your feet choose tell you to "take off these shoes NOW!!").
If that be the case, then why does our teeth keep aching when we have already called the dentist's? Why does our head keep aching for a while after we took some aspirin? I don't get it, and I think it's kind of strange.
Second, what about dreams? How come our brain, which is us, still can surprise us? I mean, it's a very good thing that our brain is able to invent things we did not consciously know were in there (like dreams which make us laugh, frightening nightmares which are frightening because we don't know

the end and stuff), but why can't we, once in a while, decide what's going to happen? Like, I remember one day, I dreamt I was meeting Paul Bettany, and he said "wow, you're pretty tall" -which is the lamest thing to say- and then I started growing, growing, and growing some more, until my head was all bent against the roof and he looked like an ant.
Why? Why oh why? Why can't my brain decide that no, this time I will behave rationaly and take advantage of the fact that in my dreams, I am not 6 feet tall, and can have a very interesting conversation about Paul Bettany and why he has played in such bad movies when he's such a great actor?? He'd then say "oh, Claire, now I realise that you're the only one who can ever understand me, please marry me, let's run away". Like that.
I have also been pretty puzzled by the behaviour of one of the girls on "Next", one of the worst TV shows on earth, who said "Who needs to know how to write, when you've got theeeeese" pointing to her breasts. Well. I don't know, indeed, Tina, 19, from Miami, who describes hers 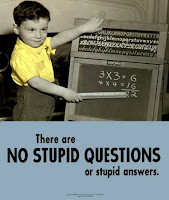 elf as a girl who "burps in the shower"... Maybe it would help you read the "you're going to look like a complete dunce for about 5$, we hope you don't mind" clause... By the way, the reason why I know about Tina from Miami is of course that I am making a survey about the American psyche. I thought watching Next untill my brain bleeds out of my ears would be a good way to do this. (Mr Newman, I'm sure you're very proud...)
Anyway, reader, it's time for me to go home, so I'll just stop there. I'm very puzzled tonight, I guess it must have to do with the fact that I have been on the verge of starvation all day... I'm hungry! I'm soooo hungry!! I'd better go and buy something to eat!
Publié par Claire à 04:54