See! I'm back again! Two posts a day, I don't think I'm going to be able to keep that up for long, but I got the answer from my Oklahoma based brother, so I couldn't wait to share them with you reader!! He took time out of his busy schedule to answer them, so I'm really grateful for his being so fast!! And I take this opportunity to wish him good luck for his presentation next week!! Break a leg, bro! (Can anybody tell me why I pretend to be Snoop Dog? What I meant was "Bonne chance!" I guess starvation has damaged my brain...)

Just in case you were wondering, my brother Philippe left France for Oklahoma, initially to complete work training, and he was subsequently offered a research job over there. His wife Sabrina, who was initially doing a research job in Canada, found a job there too and joined him, and they are now living in Oklahoma City.

1. Why did you move to an English Speaking country?

Because it the easiest place for me to find a job that requires my qualifications.

2. Did you run into any difficulties in this country (integration, paperwork, etc.)

Well, yes and no. As far as work is concerned, not really. At first, people are very welcoming, especially in a university-town like Norman, where people are quite used to strangers because of the proximity of Oklahoma University. But then, when we moved to Oklahoma city itself, it became funny, and people started gawking when I was chatting with Sabrina, waiting in line at the WalMart cash register. The difference of language matters a lot. I can remember coming home dead tired during the first weeks, because it's hard to get used to the new "linguistic landscape" (everybody speaks a foreign language, from the cashiers to the teachers, the people on the street...).
Luckily enough, I come from a very Anglophile family, so I could integrate pretty fast, but I know several French people for whom the language barrier was so important that they could not communicate well enough with their boss, and were therefore unproductive. For them, the experience ended up being more enriching because of the people they met, than because of the work they achieved. But that's part of the good thing about going away: meeting a whole lot of people (Like Russians and Indians, Coreans and Australians, people from all over the world, really. Being able to communicate in a common language is then again very handy.)

Paperwork is very boring, but I guess that's about the same everywhere. Actually, coming from France might be an advantage in this field, because even though it seems long, it's nothing compared to the awful stories told by the Russians and the Indians (like how some people needed to stay 6 months in Moscow during their post-doctorate studies because they were waiting for a bloody Visa...) 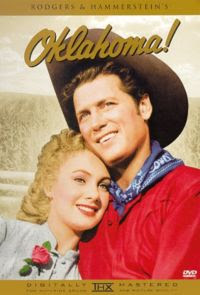 3. What are your two favourite aspects of the American Culture? The ones you like least?

Pros: -Freedom (whatever this means right now...) Maybe they couldn't give you a precise definition of what it is, but they sure value it.

-The Melting pot: Everybody can achieve, provided they work hard enough.

Cons: -They are spoilt by money and complete slaves of corporations. For example, the credit card buisness is booming, and it has a huge power, because of the influence it has over the customers' purchasing power.

-Their conventionality. They have all kinds of freedom, but they are still all the same, they invent norms, it's quite strange.

4. Do you think your experience would have been different if you had been other than French?

Yes, it would have been very different. I don't think you could deny the importance of your background, and the influence it has over the people that you meet.

5. Generally speaking, on a personal level, is your experience abroad positive? Would you like to make it longer?

Well, why not! It's a scientific's paradise here, they give you your chance very easily, and trust you very soon, even though you have not yet proved worthy of their confidence. And on a personal level, well, part of me dies everyday from not being close to my family, but luckily, we live in a time when distances are getting smaller and smaller, and communication easier and easier. And Sabrina is here as well, so it's not too bad, but the main -nearly exclusive- reason why we stay here is the job. Oklahoma is not really my cup of tea!

Well, reader, here you go!! Two interview from two people, living in the same place, but not giving quite the same answers! I hope you found it interesting! And thanks again for answering Philippe! We're missing you too.
Publié par Claire à 14:05