Here is my first politically engaged post. It won't happen too often, reader, I promise (I really don't know enough about anything to claim a right to write more than one anyway), and I hope it won't lead me to the dark side of the force.

This post is actually prompted by some stuff that I read in the JWI book, as well as by a q 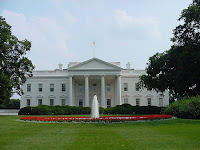 uizz I made, called "How American Are You", which I found the adress for on the handout, "Exploring American Culture". I made the quizz one time, and there were questions such as "How do you feel about September 11th", and other things like that. When I answered "I think it's sad that so many people died", I got a score of 54% of "Americanness", but when I did the quizz a second time and answered, "I think we should show them how strong we are", I got a score of 94%.

Same goes for JWI. Monagan seems revolted by the fact that the Irish, in an effort to protect their neutrality, don't accept to lend their airport to the American Air Force, for refueling purposes (this is not a post meant to discuss Irish neutrality, which I know is relative). He also feels insulted when people say that they do not approve of the war in Afghanistan.

I don't quite agree with that. I think these attacks were really awful, and I'm not part of the people who think dumb things like "Americans got what they deserved for trying to rule the world". I think Americans were attacked by mad people, and I think nobody deserves to die, especially not in such a barbaric disaster. Besides, as a French, I know the value of American interference in politics, if they had not interfered in ours in WWII, I might be a citizen of nazi Germany, now, not France. So I am not ungrateful, either.

However, I claim a right to oppose the war in Afghanistan and Iraq, even though I support America. I mean, I think it was a bad thing to go to war agains these two nations, but it doesn't mean that I am an anti-American, or that I think 9/11 was a good thing! I heard some people arguing that I would have supported the war if I had been personally touched by the attacks. Maybe.

But let me take an example: If a man gets his child killed by a madman, it is likely that he will want this madman dead. But most civilised countries (including America) have realised a long long time ago that justice should be done by an impartial system, not by people who have been touched personally by a tragedy, because they are likely to take revenge in an unfair way instead of restoring justice. I think it's the same for America's war in Iraq: It should have been the decision of the UNO, an objective and fair decision, and not a decision made by a grieving nation. 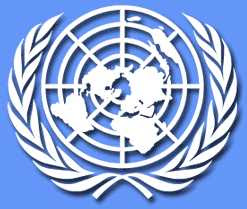 Once again, I love America, really! It's a wonderful country, and this is the very reason why I write this post all I want is to explain the reason why I feel insulted as a person, when Monagan says that I am anti-American by not supporting American policies, or when it is implied that you are not a good American unless you do. And I know quite a lot of Americans who would probably disagree with this point of view as well, just look at the marches against these wars organized in the US!

I hope I made myself clear, I just wanted to say this because I fear that it is all a big misunderstanding between Europe and America, which has been discussed a lot in France, and which touches me, somehow. Now that it's said, I think it's time for me to go to sleep. Big day!! and I need to get up tomorrow morning (maybe I will, maybe I won't...)
Publié par Claire à 14:27