I see trees of green, red roses too...

What wonderful wonderful weather outside, isn't it amazing? Is it always like that, "frühling" in Austria? How long before the depressing anchormen start talking about drought and death, cataclysms and end of the world, global warming and dying goldfish??? Hope we still have a little time!!
Anyway, in order to accomodate the mediterranean weather outside, I decided I'd tell you about the few pages of "A year in Provence" that I have read so far. The fact that I keep calling it either "under the sun of the Provence" or "A year in Tuscan", does not bode well for the future of this post...
Anyway. I like the book, so far, and I find very nice to read, very entertaining, a little bit more so than JWI. However, I agree with Pam Mandell: It's absolutely not realistic. I mean, first of all, I haven't spent a very long time in Provence, I know, but I have spent some, and I can testify, people there are not complete backbirths, who kill their dinner and think the Earth getting flatter is the sole explanation for the change of climate. A 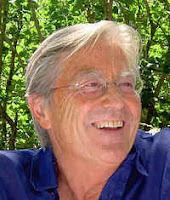 nd what's more shocking, is that these examples are not exceptions, "strange" people met by the narrator, no! They are a faithful portrayal of the average "provençal", seen by Peter Mayle. And it is true that so far, things are pretty much blue sky and butterflies. Or should I say "Ciel bleu" and "Papillons"?
Doesn't it get mightily on your nerves when Mayle uses all those French words all the time?! I just can't stand it. Why can't he decide, once and for all, wether he wants to write his book in French or in English? If I may make a suggestion here, it would be to choose English, because his French is not so good. (I looooove doing that. I already told you about Rousseau's accent in Lost? Well, I don't quite know why, reader, but I find it incredibly satisfying to spot French mistakes in the original version of books and films. I'm just a big big snob...)
The book is a really good read, however, but don't expect a faithful portrayal of the reality here!! I mean, all rural Austrians don't wear Dirndls and Lederhosen, nor do they all listen exclusively t 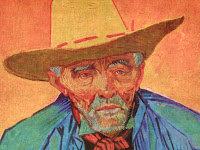 o Hansi Hinterseer or Marianne und Michael, do they? DO THEY? *fear*... Well, I don't think so. And I know that at least part of the rural people in the South of France own a brain as well as numerous pigs and rabbits. Maybe I'm overreacting, I know, but I felt I needed to tell you. The "Ewok tribe" kind of feeling to the book somehow got to me. All these nice, innocent, stupid peasants...
Anyway, reader, I have to go, my potatoes are cooked... Actually it's a meal composed of more butter and salt than actual potatoes, but well... in this cold, one ought to make oneself a nice, cushiony layer of fat, so as not to catch cold... Bye bye!!
Publié par Claire à 03:42